The End Is Here

It is with sadness that I announce the end of our little experiment in internet publishing that we called The Nautilus Engine.  We've had some terrific fiction over the years and I am very grateful to all the contributors and the readers.  However, it has proven difficult to promote the site and I know that it has not reached as much of an audience as I would have hoped.

For those who were first published here or for those to whom it was another notch in the bedpost, I hope it garnered you some new readers and hopefully contributed to furthering your writing efforts.  I thank you all for tuning in and now we must bid you adieu.

Special thanks to Christian Klaver, Janine Beaulieu, and Heath Lowrance, founders, contributors, sponsors, and inspirations all.

May your dreams be filled with steampunk fantasy and your days be filled with awe in the wonders of reality, often stranger and more beautiful than fiction.   ~R
at 8:01 AM 1 comment:

Nur peered back at the black smoke pouring like curses into the clear, blue sky. How many blasts in Midtown? Three, at least.

As she hurried towards the 59th Street Bridge, ambulances came blaring past. She caught sight of a medic’s bloody face. Allah, save us all…

Pedestrians caked in ashes milled in front of the bridge’s access ramp, where twin police cars blocked her escape. A burly cop with bloodshot eyes held up a radio as if it could save him.

Nur walked towards him resolutely. Somebody down the block was shouting something about more terrorist bombs, and a green truck covered with graffiti.

“I need to cross,” she told the tall policeman, whose tag read Boxer. Warily he eyed her flowered headscarf, dowdy skirt and nylon backpack. “Sorry miss, you’ll have to wait like everybody else. Till we get orders to open the bridge.”

“I live in Queens; I just want to walk home. My mother must be so scared and worried.”

“You wait here. An army unit’s supposed to come and check us all for radiation.”

“Please, I just want to go home.” And she looked him straight in the eyes.

“Don’t let her through,” growled a man in a pinstripe suit smeared with ashes. Awkwardly he held his broken glasses up to his face. “Look at her headscarf. Maybe she’s with them.”

“Don’t let her go.” A paunchy man with reddish, slicked back hair came shoving through the crowd. “I’m Jack Reno, the bounty hunter. I’ve been trailing this girl for weeks.”

“Indeed he has stalked me,” Nur said with dignity, glaring up at his sweaty face pitted with acne scars. “All around my school and neighborhood. And why? Because I was born in Beirut? Because I go to the mosque on Fridays?”

“This is Najwa--Bin Laden’s daughter.” Foam flecks glistened on Reno’s lips. “You’ve all seen her video on the news, warning how she’ll rain death on New York. And today’s the day: the first anniversary of her father’s death.”

“Catch her. Hang her. Throw her in the river,” voices cried from the tightening crowd. “Drowning’s too good for Bin Laden’s daughter.” Wheeling Nur took in the mixed crowd of New Yorkers, their hard and hateful faces. Heart hammering at her ribs, her airways cramped; she couldn’t breathe.

“I am a student at your Hunter College, on 68th Street in Manhattan.” She fumbled in a pocket for the inhaler, and Officer Boxer pulled his gun.

“Hey, cool it,” yelled a pear-shaped, elderly woman with hair short-cropped and grey. “That girl on the news has got brown eyes. Take a look: this one’s are green.”

“So she’s wearing contacts,” Reno said angrily, and Nur stood up straight as a soldier on parade. The top of her head didn’t reach his shoulder.

“If I am Najwa,” she said slowly, “why would I run around uncovered, letting you see my naked face?” Ignoring her he yelled at Officer Boxer:

“Do it, or I’ll make a citizen’s arrest. There’s a ten million bounty on her head.”

“You’ve got no proof that this is Najwa,” the old woman complained.

A deafening explosion rocked the street, and people screaming scattered away. Throwing down her heavy backpack, Nur slipped between the police cars and bolted up the access ramp. Behind her somebody shouted “Freeze!” and a bullet came whizzing past her ear.

Other pedestrians followed her, fleeing towards the footpath on the bridge’s northern edge. Vehicles snarled on the upper and lower roadways honked like the rush hour in hell. Abandoning useless cars, some drivers joined the general retreat to Queens. One shouted, “The cops are looking for a yellow school bus. I heard it on the radio.”

Gasping, Nur staggered along, hand pressed to the deep stitch in her side. Crammed with passengers, the Roosevelt Island tram hung motionless in the sky. Suddenly jet engines roared, and the red tram dropped like a stone. Spewing fire the plane--a bomb-loaded fighter--veered towards the bridge as if trying to land.

Nur leaped the parapet, into thin air, and the plane exploded on the bridge, showering fragments and fuel as she fell feet first towards the river’s murky water.

The wind caught her long skirt, flapping it up, and pressing it down with both her hands she entered the water almost vertical, knifing down into the thickening dark.

Air blew from her lungs, and she choked in helpless bubbles as the river squeezed her like a giant’s hand. Dear Allah, I do not want to die. It is not my time.

As the moments slowed and almost halted, she struggled lonely as a slaughtered beast with her water-logged, leaden-coffin skirt, and finally tore it off. Legs free she kicked towards the wan spread of light, impossibly far above her head; the roof of the river, the roof of her death, like the ceiling of the mosque in Astoria.

She made herself hold in the last of her breath, even as her lungs heaved and strained. Closer it loomed, the roof of the water, like silk curtains swaying in a breeze. Brighter it rippled as she strove upwards.

As Allah is willing, I shall live.

Nur broke the surface, choking and spluttering; gladly she gulped air back into her lungs. Her whole body ached, as if a truck had crushed her, and yet her arms and legs obeyed.

Treading water, she spied a white wall looming near, with the black logo Circle Line. A tourist boat, in the name of God. “Help me,” she cried, voice thin and high as a hungry baby’s. “Save me, I fell from the Queensboro Bridge.”

A life preserver thudded into the water. She grabbed at it, caught it, held it fast. Coughing, she dragged her sore body aboard.

Then a rope ladder slapped down the boat’s high side, and a sailor with sunburned arms climbed down: “Over here, honey.” He reached out a hand, and Nur paddled towards him, panting. Eagerly he gathered her, arranging her small bulk over his shoulder like a sack. “Take it easy now.” And he clambered back up.

“Bring me a blanket,” he yelled at shocked faces, all gazing down at her on the deck as if he’d pulled a mermaid from the East River.

“Looks like the girl on the news last night,” drawled a grizzled man in a Yankees cap. “Looks like Bin Laden’s daughter.” People were snapping her photo with their phones.

“Please, stop,” she pleaded, trying to sit up and covering her bare legs with her hands. “I am not Najwa. I live in Queens; I am American, just like you.”

“She needs medical care.” A bearded man with a knitted white kufi on his head knelt beside her on the deck. “Hush, sister,” he whispered, easing her back down.

“Good people, I am Nur Alfarsi,” she cried. “I live with my mother in Astoria, Queens.”

“Sure.” He tucked a silvery thermal blanket around her as if she were a treasure.

The sky looked so pure and innocent still, out here in the middle of the river. In all her life she’d never seen such a sky…. 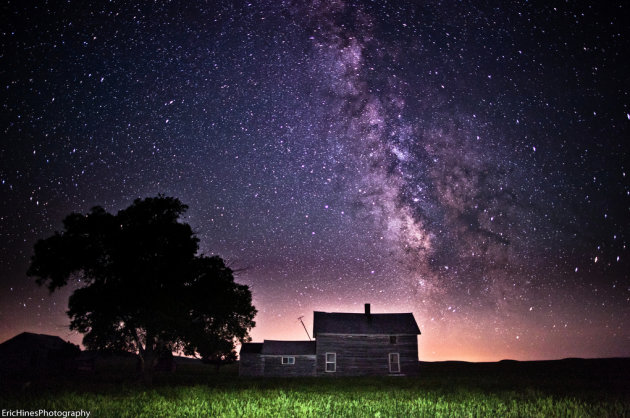 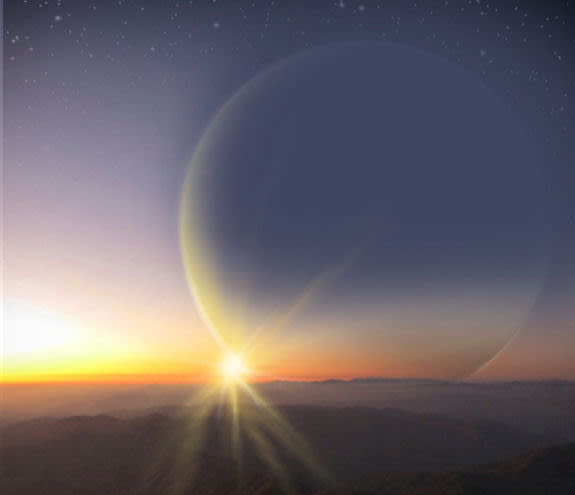 That's quite a Grasshopper hop... 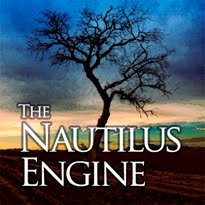 "If you will give me the pleasure of your company for some little while, "Captain Nemo said, "I shall satisfy your curiosity regarding the 'Nautilus'. And I shall try not to bore you."
~Jules Verne

What is the Nautilus Engine?

The Nautilus Engine is a webzine of speculative fiction and materials that we feel would appeal to fans of the genres (book reviews, movie trailers, science and tech, etc.). We publish original short fiction by newcomers and old pros alike, with the occasional reprint or golden oldie just to mix things up. See below for information on how you can submit work to us.

Who is the Nautilus Engine?

Editor, webmaster and generally man of many hats at the Nautilus Engine. He has been a lifelong lover of science fiction and horror and enjoys contributing to the speculative fiction world in this little way. Ron dips his toe in the waters of fiction but he dives headfirst into the ocean of photography. Check out samples of his work here if you need photography in !

An original Nautilus Engine founder, contributor, and writer who lives in with 2 cats and a "whole lotta" books.

An author as well as an original NE founder, contributor, and sponsor. He lives in with his wife, daughter and far too many pets. See his writing portfolio at christianklaver.com. And don't miss his truly terrific Holmes tale in The Anthology of Dark Wisdom: The Best of Dark Fiction, William Jones, ed.

A writer and original Nautilus Engine founder and contributor. He lives in a suburb of , where he writes, reads, watches movies, listens to music, and occasionally broods rather stylishly. He is currently hard at work on his second novel, since the first one was such a massive success (The Bastard Hand from New Pulp Press). Visit his blog at psycho-noir for various ramblings and the occasional free short story.

We publish stories with some element of speculation. This includes, but is not limited to: science-fiction, fantasy, horror, mystery, flash-fiction or any melding of these. We prefer stories under 3000 words. We prefer stories that are not pure exposition and have a pleasant balance of narrative and dialogue.

Please make it a separate attachment (.rtf please).We only accept e-mail submissions, in proper manuscript form. We try to respond within one month. The Nautilus Engine now publishes upon acceptance at http://thenautilusengine.blogspot.com/ .

The Nautilus Engine No Longer Pays

• author bio at end of story

• one story at a time

Include your name and word count in your e-mail. Original work only, please. No reprints. We reserve the right to edit the text for publication.